One of the favorite parts of the train ride for many passengers is coming face to face with the Wolfman. Wolfman has been chasing our train for decades, trying to scare people away from his Unobtanium mine. He never tires of using his many tricks to keep you off his land. Passengers get their chance to poke fun at Wolfman by yelling, "SCRAM YOU OLD GOAT!" This makes him very angry and he will chase the train all the way back to the covered bridge. Don't worry kids, Wolfman will not try to cross the bridge because he is too afraid of heights. He will not cross underneath the bridge because he is more afraid of water! In fact, Wolfman is so afraid of water that he hasn't taken a bath... IN YEARS! You will be returned safely to the beautiful Victorian train station where you can continue your day.

Note to parents: Please use your discretion for your preschool children.

As the park closes for the day, Wolfman is often found near the bear ring. This fun meet and greet is a great opportunity for pictures, autograph, and to apologize to the Wolfman for calling him names on the train. It's amazing how nice he actually is... when he's not in the woods. 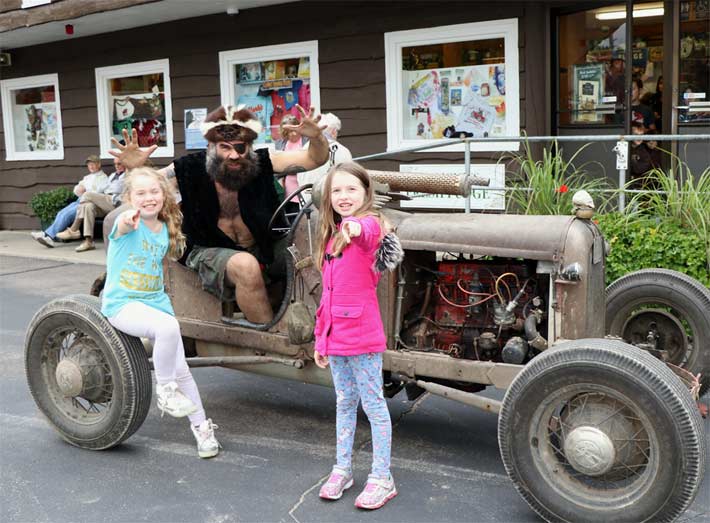 As the World debates the character of this famous backwoods recluse, our staff reporter (janitor and all round handyman) was able to obtain an exclusive interview with the "man" himself and report these hitherto unknown facts: